The Story of North City Water District – Chapter 2 of 10

The year was 1927. Charles Lindbergh made his famous solo flight, the Harlem Globetrotters took to the road for the first time, and a real estate development called Lago Vista was beginning to emerge in what is now known as the North City neighborhood.

“Seattle is growing, opportunities are greater today than in the past,” touted the Lago Vista Sales brochure. “Suburban property will never be cheaper – make up your mind to secure a share of it – do it now – today.” 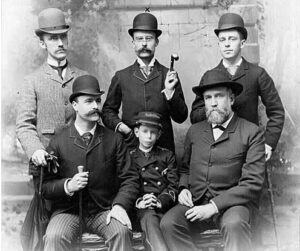 Named for a natural spring that had been used for years by the Duwamish and other Native Americans in the area, Lago Vista (Spanish for “Lake View” in honor of the area’s view of Lake Washington) began as a subdivision by developers Samuel Crawford and Charles T. Conover, (shown in the photo at right, photo courtesy of University of Washington Special Collections, PH Coll 503.8), who were both personally involved in the community.

Steady growth attracted a grocery store (shown below), as well as a variety of businesses along 15th Avenue NE, including what eventually became today’s North City Tavern. Soon came a beautiful new club house, built primarily through donated labor from enthusiastic members of the Lago Vista Improvement Club, who were “paid” in home-cooked meals served by the Women’s Auxiliary. 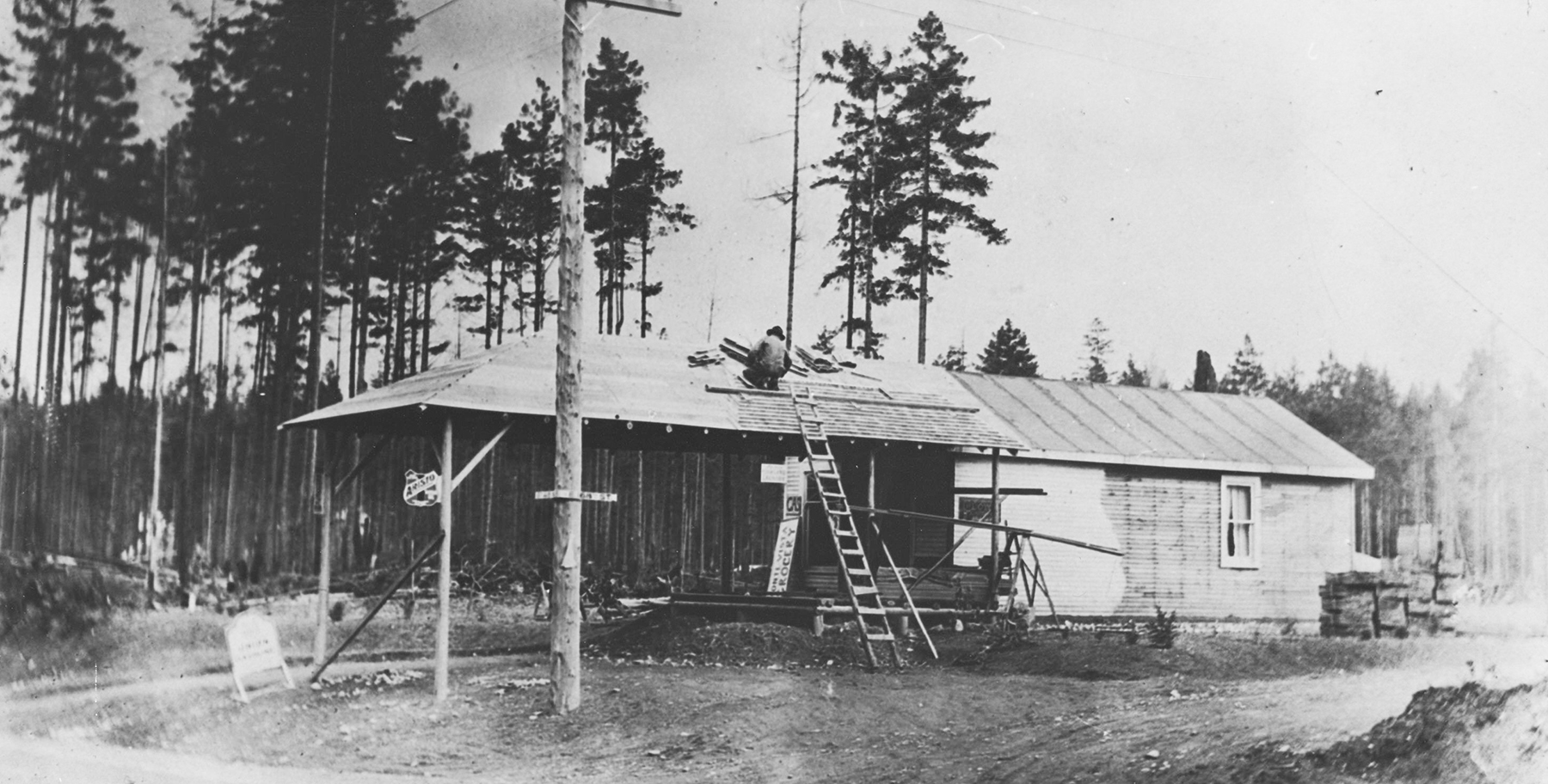 For several years, many of the residents of Lago Vista came to the original spring for water. However, with so much growth in such a short period of time, the community quickly realized they needed more than just spring or well water to support their development. Enter Henry Alden Cross, a sales agent for Lago Vista, who along with several other prominent members of the community, began rallying residents and businesses to form their very own water utility. 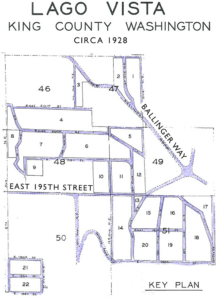 The following year, we adopted our first Comprehensive Plan, and after a few additional amendments, it was approved by unanimous vote in August 1933. This plan was critical in order to enable the District to begin applying for government financing. 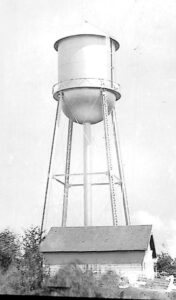 In 1935, we received our first infrastructure funding, in the form of a Works Progress Administration grant for $184,783.72. Along with additional funding from bonds sold for us by the City of Seattle, this provided the amount we needed to get started. Shortly after, citizens passed a levy to help pay back the funds via property tax payments, and at last, construction of the District’s very first infrastructure was underway.

We began by installing new transmission and distribution water mains, primarily sized for daily residential use. Then we purchased a plot of land for $375 (not including title and insurance costs), on which we built a 50,000 gallon elevated water reservoir (shown at left). This would provide adequate storage, as well as water pressure throughout the system (reservoirs need to be higher than the highest elevation that water must be pumped to). 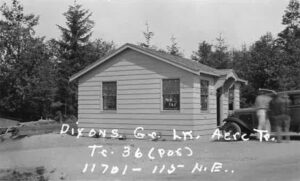 During that same year, we signed our first contract with the City of Seattle to begin receiving water from the Cedar River Watershed, purchased our first service truck, more land to build our first office (pictured at right), and hired our first superintendent (G.H. Mills) and bookkeeper (Viola Gilliland).

By the close of the decade, residents and business owners alike were beginning to enjoy clean, fresh water provided by their very own, community-elected, community-created, and community-operated water district.

So where can you find the spring that started it all? Look for a water retention pond on the east side of 15th Avenue NE, near NE 195th Street, which continues to be fed by this historic source of fresh water to this day (photo below).

Our next blog post will cover the decade from 1942 through 1951. We invite you to follow along as we bring you more history of our 90 years… with sincere thanks to Victoria Stiles and Kenneth Doutt of the Shoreline Historical Museum for their generosity and time in sharing so many fascinating details (and photos!) with us. 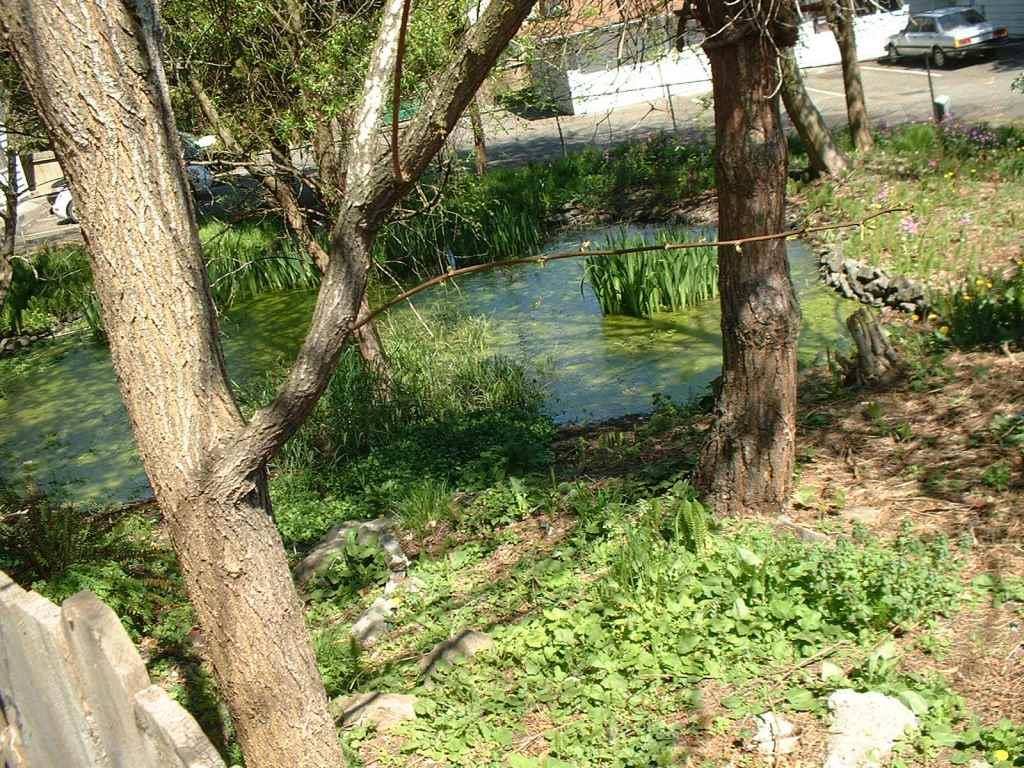