The Story of North City Water District – Chapter 7 of 10

During the “Reagan Era,” as our nation’s economic policy sought to slow the pace of inflation, and the world mourned the tragedies of Space Shuttle Challenger, Chernobyl, and Exxon Valdez, North City Water District felt comparatively calm amidst our bubble of steady, predictable growth.

As a result, this chapter of our story is primarily characterized by the system components we maintained, replaced, or built during this decade. 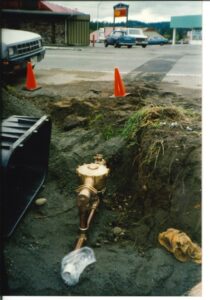 We began with the development of a Comprehensive Water System Plan, in which we analyzed and updated demand projections for every aspect of our system.

Rather than making fire flow demand calculations by hand, as they had historically been done, we used computer simulations. This was helpful as the King County Fire Marshall had identified higher requirements for single family residential areas, as well as multifamily and business structures—all of which would require larger pipe diameters.

The first round of projects identified and initiated during this decade included:

(PRVs help us better control the water pressure within a specific pressure zone, which ensures adequate water flow and optimum pressure throughout our water system’s facilities.) 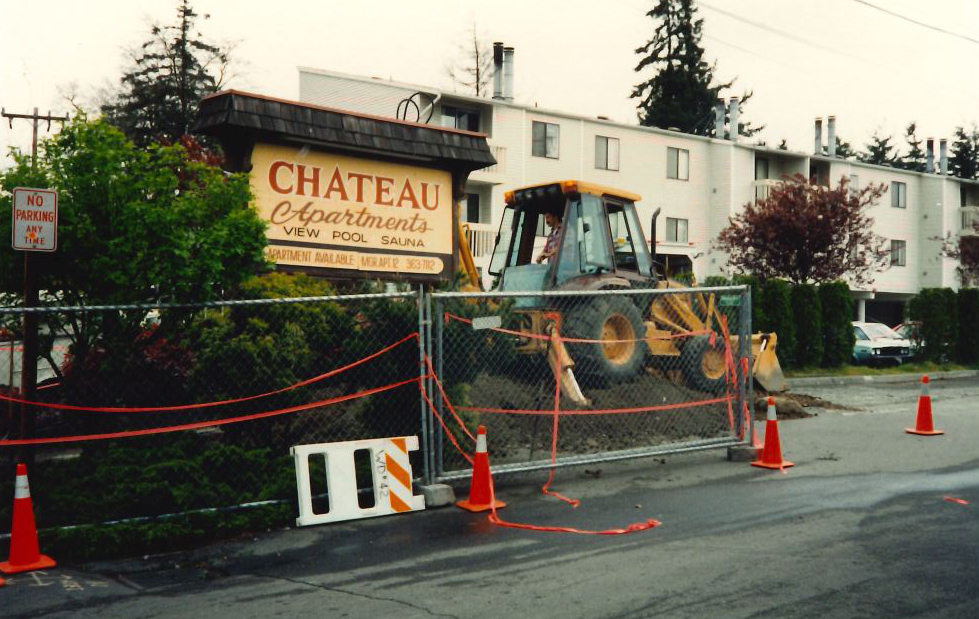 However these reservoirs were no longer adequate to meet the projected development in our community, particularly if we had a major fire during a peak water use day.

In order to increase our water storage capacity, we investigated several locations, including within and adjacent to District boundaries. We also explored the possibility of joint use facilities with neighboring utilities (including Northeast Lake Washington Water and Sewer District, which is now called Northshore Utility District, as well as King County Water District No. 83, which is now called Lake Forest Park Water District).

None of these joint use options with the neighboring districts were considered viable, so in the end, we decided to construct our own new 2.0 MG reservoir in the northern part of Lake Forest Park.

Meanwhile, with the advent of cellular technology, we began discussions with Cellular One to construct a monopole for a leased antenna adjacent to our 3.7 MG reservoir. After a public hearing in early May 1986, lease negotiations took a little longer than anticipated, so whip antennae were temporarily added to the top of the reservoir until the lease could be finalized and the monopole constructed.

This was the first of several lease agreements the District eventually negotiated with other carriers, all of which helped keep our water rates low, thanks to the added income.

One of our service vehicles in the 1980s, just prior to our name change

During the summer of 1987, the City of Seattle began discussing restrictions in summer water usage. Although the restrictions were lifted later that same year, this was the beginning of what would eventually become a concerted regional water conservation effort.

Perhaps the most notable change during this decade was our name: in light of the growing use of “Shoreline” as the designation for our area, we changed our name from Water District #42 to Shoreline Water District… never knowing that a city would adopt that same name when they incorporated just a few years later… but more on that in the next chapter!

Our next blog post will cover the decade from 1992 through 2001 (to view previous decades, click here). Sincere thanks to Victoria Stiles and Kenneth Doutt of the Shoreline Historical Museum for sharing their photos with us.