The Story of North City Water District – Chapter 5 of 10

Remembering “The Sixties” conjures up countless historical images—John F. Kennedy, Martin Luther King, the Viet Nam war, The Beatles, and our first step on the moon—just to name a few.

A little closer to home, the 1962 Seattle World’s Fair had locals and tourists enjoying panoramic views from the city’s new Space Needle. 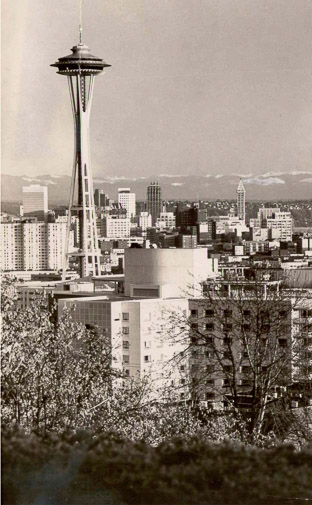 The views at North City Water District were focused in a very different direction however… underground.

The beginning of this decade had our crews busy addressing the impacts of I-5’s construction on our water system—ranging from leaks caused by soil disruption during construction, to system reconfigurations within our newly segmented service area.

Once the highway’s construction was complete, dead end water mains were capped, and services west of I-5 were transferred to Seattle Public Utilities.

But that was just the start of our underground story…

Ever since the District was founded in 1931, one of our guiding principles has been proactive infrastructure management. By systematically improving our water system a little bit each year, this keeps everything in top form, and spreads out the cost to remain more affordable to ratepayers, rather than delaying maintenance and getting surprised with a massive problem and/or rate increase.

However the impacts of WWII’s iron shortages, coupled with our area’s growth during that same timeframe, had caused a conundrum. The majority of the steel water mains we’d been forced to install during that period were leaking—by as much as 30%—and the problem was getting worse. 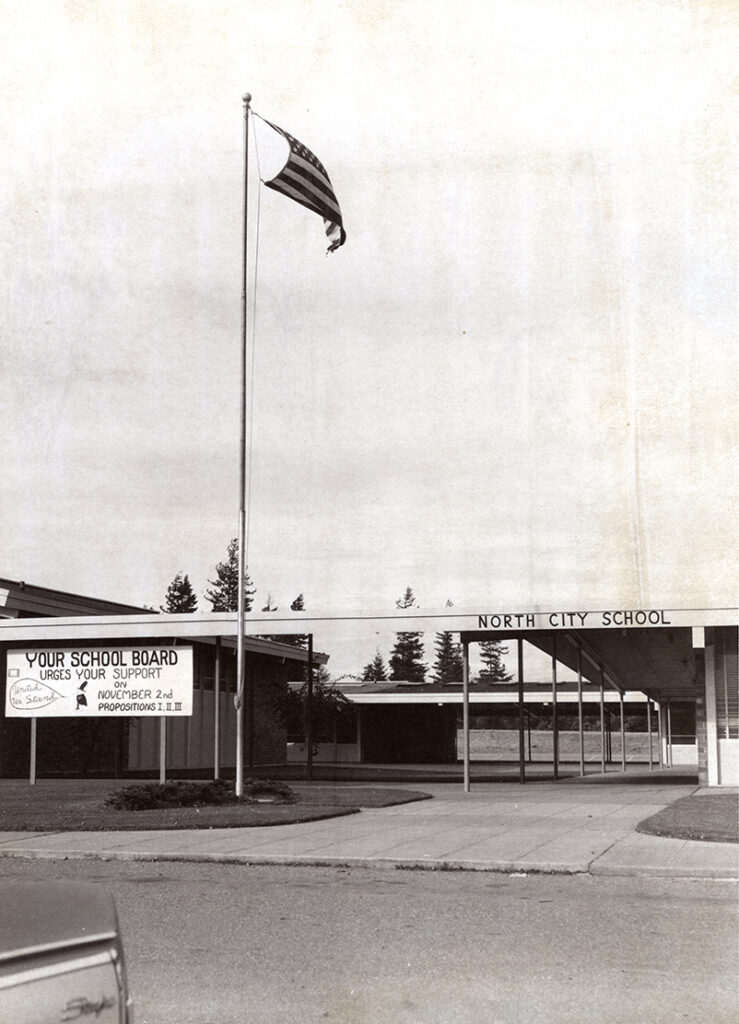 The time had come to take action, using the comprehensive water system engineering analysis we’d conducted a few years prior. This plan outlined an extensive, phased water main replacement effort that would address the aging steel water mains while positioning our service area as proactively as possible for the future.

In 1964, our Commissioners held a public meeting at North City Elementary School, where District Engineer Ron Kenike reported on the leakage issues plaguing the system. The Commissioners’ outlined the District’s plan for addressing the issues, which included a rate increase—something that had not been done since our District was founded more than 30 years prior. Not surprisingly, customers were not happy.

We spent the next several months doing more research and holding additional public meetings to answer the range of questions we received from our customers. (As an aside, one of those customers was a young man named Ron Ricker, whose persistent queries led to a depth of understanding about the District that eventually inspired him to become a Commissioner!)

At the end of those two months, nearly everyone understood the necessity of the upgrades, and our very first rate increase was passed.

Crews began working hard to replace over 46 miles of water main with cast iron and ductile iron pipes. By 1966, more than 75% of our system was given a new 50-year life cycle on their water mains, almost all of which were upsized to 6 inch diameter (or greater) for excellent fire flow during emergencies. 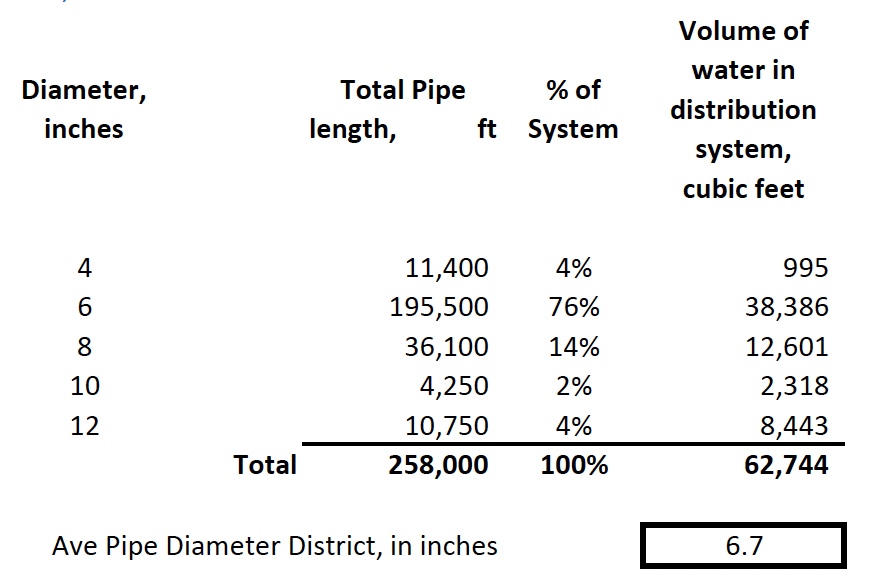 This level of foresight effectively positioned the District to meet the needs of our area’s steady and ongoing growth for years to come, which was already surpassing 6,000 connections by 1965.

By the end of this decade, the engineers at Harstad Associates, Inc. did a comprehensive review our water storage capacity along with recommendations for future growth, all based on peak July and August water usage. Included in their forecast for the District was to “plan for a saturation population of 24,000 persons.” 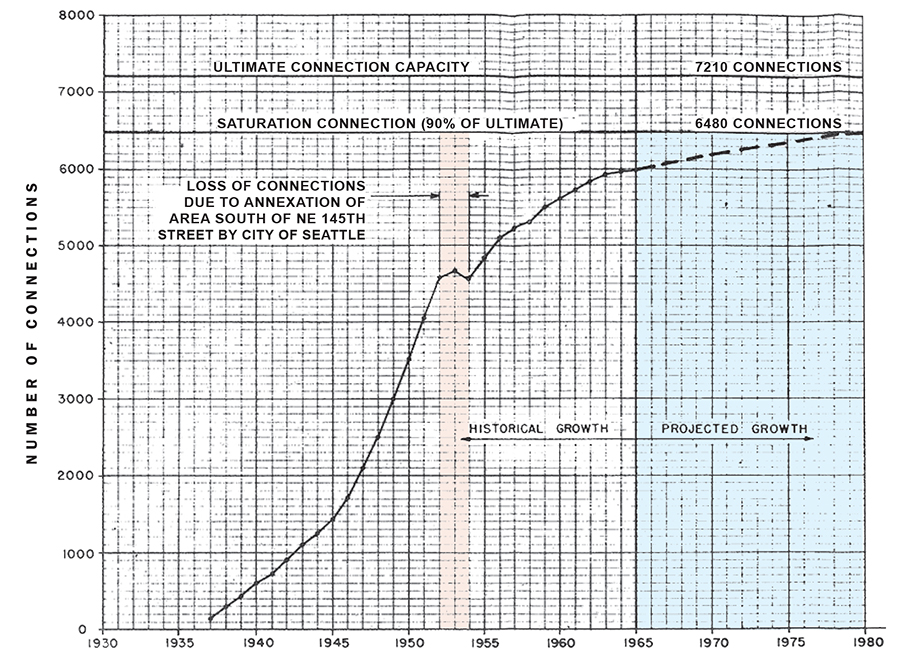 (Persons is different from water meter connections; we use an industry standard formula for calculating the two). Given that our District was rapidly approaching maximum buildout, the decision to replace the majority of our water mains during this decade was wise!

Our next blog post will cover the decade from 1972 through 1981 (if you missed previous decades, click here). We invite you to follow along as we share the entire story of our 90 year history… with sincere thanks to Victoria Stiles and Kenneth Doutt of the Shoreline Historical Museum for their generosity and time in sharing so many fascinating details (and photos!) with us.