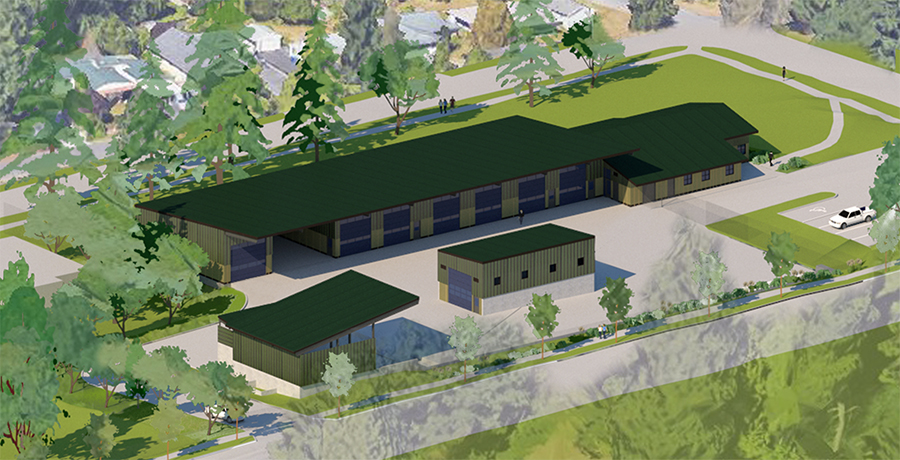 After operating out of the same facility since the mid 1940s, North City Water District is finally approaching the last chapter in the realization of our new maintenance facility: construction!

As described in previous articles, this project has been in the planning stage for years. Several co-location and site acquisition efforts took place before we finally purchased 3.2 acres from the Northwest Church, located at 15555 15th Avenue NE, and began our official site analysis and planning. In order to achieve the lowest possible cost, we separated the project into two phases: Phase I Site Work, and Phase II Construction.

Foremost in the minds of our Board of Commissioners was a design that would not only keep costs to a minimum, but would stand the test of time. Staff were directed to think carefully about future use and potential growth, in order to avoid the need to make facility changes in a few years. Their input was key to the design of the new facility (by Wagner Architects of Seattle).

When complete in February 2020, the site will feature three new buildings, with an estimated construction amount of $5 million: one facility to accommodate the crew, administrative staff, and shop; a second facility with a drive-through vehicle wash; and a third “Decant” facility used by our vactor truck to discharge and separate watery, excavated soils after a water pipe break.

“The design is good, clean and simple, to fit within the community,” says Commissioner Ron Ricker, who has been on the Board for over 40 years. “A good contractor will transform the site into a facility that North City Water District can utilize for years to come.”