Turn on your water faucet and fill a glass. Flush the toilet and all is clean. Wake up your computer and surf the internet. Every one of these routines is possible only because of a complex system of nearly invisible infrastructure–ranging from pipes, pumps, power houses, and reservoirs, to wire and cabling networks, structural support systems, and so much more.

The average American thinks about infrastructure only when there’s a problem. “Hidden” infrastructure can be far more easy to take for granted: that bone-jarring crunch when you encounter a pothole on a dark rainy night is far more noticeable than the water and sewer pipes doing their silent, reliable job under the streets of your daily commute. But citizens aren’t the only ones taking it for granted. This same “invisibility factor” has led many a City to divert funds to other more pressing / visible projects over the years, hoping that their infrastructure systems will keep functioning with minimal attention. In the early 1980s, it was clear that state and local governments all around the nation were falling behind in meeting critical infrastructure needs. The publication of America in Ruins: The Decaying Infrastructure (Jan. 1983. by Pat Choate and Susan Water) documented the rapid decline of annual expenditures for critical infrastructure projects (aside from those associated with education) since the mid-1950s, and that in absence of a reversal approach, governments would face an inability to address the increased demands required to address the needs of a growing economy.

Here in Washington, state Legislature commissioned their own study of roadway, water, sewer, and dam needs. The resulting Public Works Report (also published in 1983) indicated that Washington state cities, counties, and water/sewer/public utility districts had approximately $4 billion in critical infrastructure needs, of which approximately only $2 billion could be reasonably funded.

When the Safe Drinking Water Drinking act was amended and expanded in 1986 to require even more stringent standards on water infrastructure, the need and associated costs for critical infrastructure improvements rose yet again.

Recognizing that counties, cities and special purpose districts would be unable to address these overwhelming needs on their own, the Washington State Legislature responded by establishing a Public Works Assistance Account (PWAA) under the supervision of a new Public Works Board. This legislative enactment was intended to foster increased self-reliance by local governments in meeting their public works needs.

The Public Works Board oversees the Public Works Assistance Account, the Drinking Water State Revolving Fund (DWSRF), and the Water System Acquisition and Rehabilitation Program (WSARP). Each of these programs is intended to financially assist local governments and certain private water systems to repair, rehabilitate and expand their systems.

The PWSS provides financial assistance  in the form of a revolving loan fund at very low interest rates—generally  1½ percent or less —with an amortization period of 20 years or less. Loans are used by counties, cities, and water/sewer/public utility districts for sewer, water, roadway and a limited number of other public infrastructure projects. Since the PWAA’s inception, over $2.6 billion has been extended without a single default. Infrastructure Once Again in Jeopardy

Although the loans from the PWAA have substantially assisted many jurisdictions over the past 28 years, recent studies indicate that local governments continue to experience substantial unfunded capital needs.

A 1999 study by Bonnie Berk and Associates indicated a $3 billion shortfall in meeting critical needs. More recently, a 2013 American Society of Civil Engineers graded Washington a “C” in meeting infrastructure needs. Of special note is the recent study that indicated many local bridges are in great need of rehabilitation or are already functionally obsolete.

Most sobering however, is the diminishing source of funds for PWAA loans. Substantial amounts of monies intended for the Public Works Assistance Account have been diverted, partly to sustain state programs in light of reduced revenues during the economic downturn, and partly to respond to the Supreme Court’s mandate to increase funding for K-12 education.

In addition the Legislature has diverted most PWAA tax revenues to the newly created Education Legacy Fund for the past 6 years, leaving the PWAA with no resources for the 2013-15 biennium and only about half of its otherwise anticipated revenues for the two succeeding biennia.

With limited local fiscal capacity to finance major infrastructure projects and the importance of these systems to the economic growth of the State of Washington, it is essential that a renewed partnership between the state and its local governments be established to enable our communities to sustain and enhance the quality of life through infrastructure, if our state is going to continue to attract businesses that can provide adequate employment opportunities for our growing population. 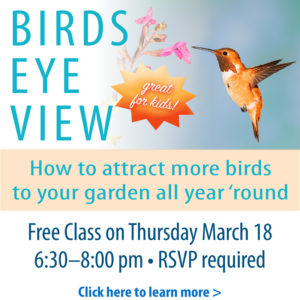