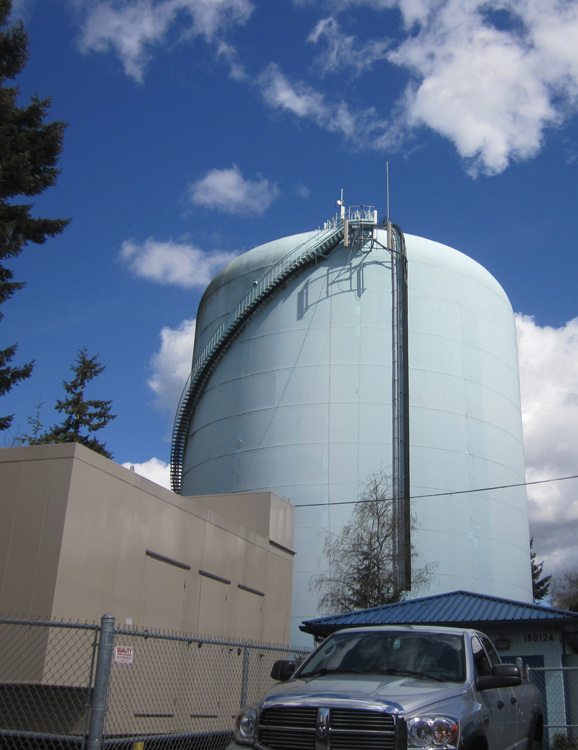 If you’ve been driving in the vicinity of 15th Avenue NE and NE 177th Street, you’ve no doubt noticed the work taking place on our 3.7 MG North City Reservoir. While it may appear to be nothing more than a repainting project, it’s ever so much more, as shown in the timeline below.

A water reservoir serves two purposes: to hold water in reserve, and to maintain proper water pressure within a given service area. When we added a second water source in 2013 (Cedar River, in addition to our Tolt Watershed connection), we were able to take a fresh look at how water pressure was maintained throughout our system. 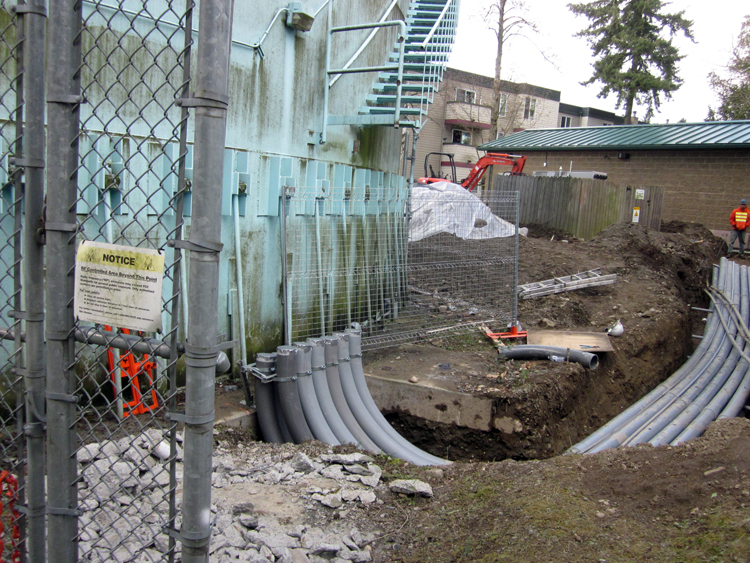 Our studies showed that adding a new Pump Station, along with internal upgrades to our 3.7 MG reservoir, would provide enhanced water pressure for the least possible cost—despite having to demolish the old 0.4 MG reservoir to make room for the new Pump Station. Because crews would already be on site for the 3.7 MG reservoir’s interior upgrades, it made sense to have it repainted at the same time.

However, repainting the reservoir was not a simple task, since it was home to a number of antennas owned by various wireless carriers in our area. In order to repaint the reservoir, all of these antennas had to be relocated—requiring months of discussions, negotiations, and agreements with each carrier.

As of this writing, we’ve negotiated new, long-term antenna leases with each carrier, a large crane is installing a railing on top of the reservoir, onto which the wireless carriers will install their antennas. The new Pump Station will be going out to bid in August, awarded in September, and construction is anticipated to begin shortly after.

So the next time you look up at the reservoir and admire its fresh coat of paint, remember it’s just one of many improvements we’ve made recently to make our water operations more efficient, and to handle a large amount of water without building a new reservoir.

2 responses on “North City Reservoir: more than meets the eye”